GAP2 is funding fishermen, scientists and policy makers to undertake exchange trips in Europe and abroad, to learn more about successful collaboration. As they learn how scientists and fishermen work together around the world, you can follow their progress by reading their blogs below. And if you think you may want to get involved yourself – find out more the GAP2 Exchange here

GAP2 Scientist Dr Alfred Sandström  and a team of scientists, fishers, and policy managers from GAP2′s Lake Vättern case study in Sweden travel to Lake Constance to see what can come out of mutual knowledge-sharing for lake fisheries. 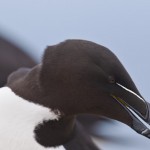 In September 2014, Rory Crawford, a Senior Policy Officer at BirdLife and Rex Harrison, Salmon Fisherman from Filey Bay are travelling to the Puget Sound, Washington to learn about reducing seabird by-catch through using the latest gillnet designs and research. Our Communications officer, Katrina Borrow, is travelling there as well! 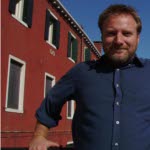 In July 2014, Sasa Raicevich, a GAP2 scientist working on our Italian Case Study, travelling to the Netherlands with a group of fishers and local management officials, to learn about the controversial method of ‘pulse trawling’ from the GAP2 Dutch case study.

Read more about their experiences in the Italian-Dutch exchange blog

From November 2013 until March 2014, Maiken, a social anthropologist based in Norway, will be living and working in Spain. Working with fishermen and scientists involved in the Red Shrimp case study, Maiken will be studying how management plans are implemented from a “people perspective”.

Read more about her experiences in Maiken’s Blog

Coordinator of the GAP2 Project, Steve is spending six months with the Seafood Industry Council in New Zealand. Steve wants to understand how the Council successfully brings scientists and fishermen together, through promoting industry’s involvement in research, data analysis and policy advice.

Read more about his experiences in Steven’s Blog

A scientist involved in the Galician case study, Pablo is travelling to Australia to work with Dr Jeremy Prince (also known as The Barefoot Ecologist) to learn more about using fishers’ knowledge when managing fisheries.

Read more about his experiences in Pablo’s Blog

Leader of GAP2’s Work Package 3 “Making a Difference”, Martin is exploring how the GAP2 project can share its understanding and knowledge with the Canadian Fisheries Research Network, an organisation driven by industry, bringing fishers and scientists together.

Read more about his experiences in Martin’s Blog

Read more about her experiences in Kari’s Blog. 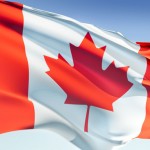 Read more about the outcomes, lessons and experiences in The Canadian Exchange Blog.

Rosie Magudia accompanied a group of crab fishermen from the South West of the British Isles, as they travelled to Steigen in Northern Norway during April 2013. The purpose of the trip was for scientists and fishermen from both communities to share lessons on sustainable fishing. As an impartial bystander, Rosie blogs about her experiences here.