Focus groups are moderated discussions involving 5 to 10 participants. Focus groups are a form of qualitative research, a method for exploring people’s attitudes, beliefs, desires, and reactions related to a specific topic. A focus group is kind of group interview, usually conducted by a moderator in an unstructured and natural way where respondents are free to give views from any perspective. 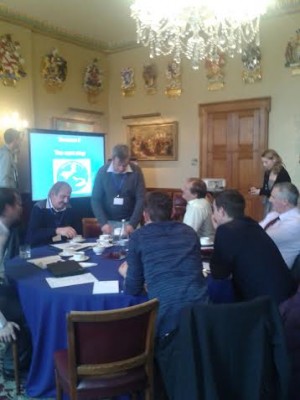 They are typically conducted face-to-face, but may also be organized via telephone conferencing or internet.

Questions are asked in an interactive group setting where participants are free to talk with other group members. Participants are recruited on the basis of their knowledge of or engagement in the topic in question. Focus groups allow interviewers to explore an issue in a more natural conversation pattern than typically occurs in a one-to-one interview. In combination with participant observation, they can be used for learning about groups and their patterns of interaction. An advantage is that they are fairly low cost compared to surveys, as one can get results relatively quickly and increase the sample size of a report by talking with several people at once.

Before conducting a focus group, decide on the range of topics you would like to cover. Pretest questions to ensure they are clear. The questions should be open-ended to encourage discussion. The questions can be formulated as a script so that the moderator knows what to ask and which topics to cover. If the moderator is not experienced, he or she should practice with a few informants to become familiar with the questions and the format. The moderator can change the order of questions and topics to keep the discussion flowing smoothly. Plan to spend about two hours with the group. Tape the sessions. Have one or more note takers to ensure everything is captured. Discuss the overall results of the analysis with informants so that they can challenge the perception of the interview team.

Within the GAP2 project several meetings to discuss items of common interests between scientists and stakeholders have been carried out. Mostly such meetings have been devoted to debates over management issues and decision making rather than studying people’s behaviour. In particular, they were not carried not with the aim of conducting social science studies, but rather to organize common participatory activities.

Within GAP2, this approach has been used within the Adriatic Sea GAP2 CS activities, where a series of meetings dealing with proposals for fishery management of the local GAP2 scientist/stakeholders group were observed by the anthropologist Giovanni Bulian in order to gather information of the potential conflicts between fisheries stakeholders, scientists and administrations in relation to fisheries management. Meetings were moderated by S. Raicevich, a scientist. 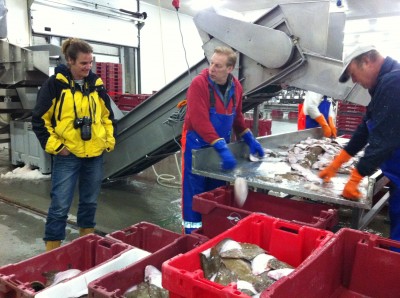 Observation of the meetings were carried out to gather in-depth information on both fishermen’s stakeholders’ and scientists’ perception on the main issues related to fisheries management, but, more prominently, to shed light on the hidden conflicts in the fisheries management discourse and in particular on the blaming process. The outcome of this work is being summarized in a paper. Before that, however, we will discuss the results within the GAP2 Italian CS group, to allow a reflection on conflicts and barriers that prevents collaboration and mutual trust when dealing with fisheries management in the Adriatic Sea.

“Observing meetings focused on the fisheries management proposals allowed me to investigate the mindsets of fishermen and scientists, and was an exceptional opportunity to study conflicts and the blaming process. I believe the whole group will also benefit from this analysis, allowing a reflection and better understanding of barriers and how to bridge gaps among them”  (G. Bulian, Anthropologist. GAP2 Adriatic Sea CS)

“It is important an anthropologist studies our way of thinking, we need this. He can help us to understand our, mindset, to see what is good and what is bad, how we could improve. We need an external assessment, someone who is not directly involved in our business to tell us what he thinks” (Renzo Zennaro, retired Fishermen, GAP2 Adriatic Sea CS) 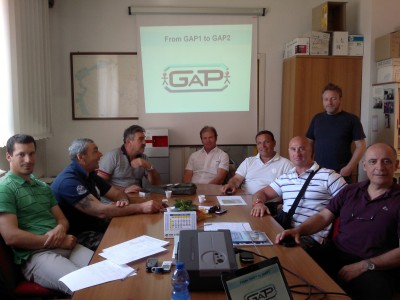