The Canadian exchange: the return exchange!

In May, 2013. GAP2 researchers and stakeholders travelled to St. Andrews to attend the Canadian Fisheries Research Network (CFRN) annual meeting. This March (2014) fishers and scientists from Canada have begun a ‘return exchange’ and will be exploring the GAP2 case study in the Netherlands and sharing ideas with our team. Read posts from other scientists and fishermen on this, and the previous, exchange here.

For any readers who understand Dutch – check out the exchange blog on the IMARES website, here.

This week (10th – 15th March) GAP2 will be visited by the Canadian Fisheries Research Network (CFRN) as a ‘return exchange’ to the GAP2 visit to Canada which took place in 2013.

The CFRN is a partner network of GAP2. The exchange visits have resulted in on-going collaboration between the networks, as could be seen at the MARE conference in 2013 and at the Fishery Dependent Information conference in Rome in 2014.

The delegation consists of fishers and scientists from the CFRN, coming from different provinces (New Brunswick, Nova Scotia and Prince Edward Island) and from the east coast of Canada. Our full list of exchange participants is as follows:

– Susan Thompson, Manager of the CFRN 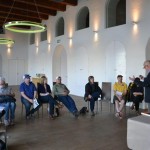 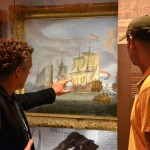 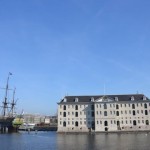 Monday 10th March: kick-off meeting held at the Maritime Museum in Amsterdam, with a tour through the museum showing how fishing and whaling was at the heart of Dutch history, followed by a presentation by anthropologist Rob van Ginkel, discussing socio-economic implications of the introduction of ITQs for fishers from Texel Island (based on his novel, ‘Braving Troubled Waters’).

Tuesday 11th March: the group will visit Urk. Urk is an old fishing village, which used to be an island until it became re-connected to the mainland through land-reclamation projects in the last century. Urk maintains an ‘island culture’ and is the heart of the Dutch flatfish industry. On Urk (‘on’ as it “is” and island), the Canadians will visit the Ekofish group (http://www.ekofishgroup.nl), meet Urker fishers and discuss MSC, changes in the fishery and co-management. In the evening the group will drive to Texel.

On Wednesday 12th March the day’s program starts at IMARES (location: Texel) with a discussion on MPAs and marine spatial planning with researchers and fishers. In the afternoon they will visit the shed of GAP2 fisher and (whale)bone collector, Adri Vonk.

Thursday 13th March will be a day focussing on small-scale fishing in the Wadden Sea. Fisher Barbara Roodenburg will take them to the Wadden Sea to reap oysters and fisher Henk Buitjes will take them shrimp fishing. There will also be time to share experiences (many of the Canadian fishers are also small-scale diversified fishers) and discuss dilemmas of nature conservation and the cultural heritage of fishing.

Friday 14th March will start with a tour through the Scheveningen auction, a fishing trip (pulse fishing of sole) on board the TH10 of fisher Johan Baaij, who went to Canada last year. Johan is part of GAP2 and involved in self-sampling of catches. Durk van Tuinen will present on the network of young fishers in the Netherlands, on board the TH10 vessel. Later in the afternoon there will be a meeting at IMARES in Ijmuiden about cooperative research, with presentations from both the Dutch and the Canadian delegation.

The program for Saturday 15th March is a work in progress!