GAP2 was a proud partner of the second international Fisheries Dependent Information conference this March (2014), with a wide range of scientists from the project presenting on topics covering everything from gear selectivity to fisheries anthropology. The aim of the conference? To explore how fishers and scientists can collaborate to build the best data possible, supporting sustainable fisheries management.

GAP2 Communications Officer, Katrina, explains gives her view on the main themes of the four-day symposium.

Is ‘trust’ the key to sustainability?

Last week witnessed fishermen and scientists of all disciplines descend upon the United Nations Food and Agriculture Organization (UN FAO) in Rome. Their intent?  To discuss the value and practicality of industry and science collaboration in managing fisheries.

How and whether fishermen can contribute to a process and to management plans which inevitably affect their livelihood, was the crux of the discussion. And at the heart of this debate nestled the issue of trust.

Co-sponsored by a range of organisations involved in fisheries research, including the GAP2-project, the symposium explored the role of fishermen in collecting FDI data, the reliability of the data collected, and how such data can interact with scientists’ findings. 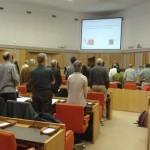 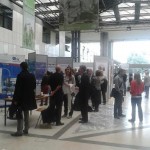 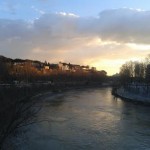 “The conference has provided an engaging platform for sharing experiences of collaboration between fishermen and scientists; collaboration that makes a difference to the health of fisheries now and in the future…Daryl Sykes [from] the New Zealand Rock Lobster Fishery gave a great example of responsible fisheries management, by an industry that has invested in sustainability.

We need such examples to not only learn from, but also demonstrate the power of a collaborative approach – to everyone involved”.

Posters, presentations, workshops and panel discussions all served to aid exploration of the importance and practicality of industry knowledge collation.

Several key themes soon emerged: transparency, communication and fair distribution of benefits (resulting from any data collection and use) between scientists and fishermen. Even more crucially, “trust” was widely recognised as the keystone to change, balanced upon these three pillars of productive collaboration.

When it comes to transparency, keynote speaker Rick Robins (Chairman of the Mid-Atlantic Fishery Management Council, USA) was first to highlight the need for fishermen to have ownership of the data they collect – allowing them to see ‘where it goes’ and what its eventual use is.

Critically, the conference has communicated the idea that data should not be taken from fishers, processed and re-packaged into plans and policy away from the stakeholders, and then delivered back to them as a set of rules.

Rather, as raised repeatedly, by Robins and other speakers, fishers need to be involved in every stage of the process of management: from engaging them on licensing regimes, right through to the detail of how they best feel able to collect fisheries data (eg. providing options ranging from written logs, to audio or visual recording).

Of course, regular and effective communication, based on mutual understanding, is vital to underpin this kind of transparency. This, naturally, goes both ways.

One scientist highlighted the need for fishers to appreciate the exacting nature of some data collection processes (with one example of parallel trawls for data capture having been derailed due to sibling rivalry between the two skippers, who preferred to see who could trawl faster!). Meanwhile, fishers commented on the need for scientists to fully understand the harsh realities of life at sea. In this sense, ‘harsh realities’ refers to financial costs, with one stakeholder commenting that ‘when you’re struggling for survival, it’s hard to think of the long-term’. Therefore, communicating and reconciling long-term and short-term needs for fishers, scientists and communities interacting with fisheries is a must for ensuring quality in fisheries dependent data.

Fisher David Goethels, USA, commented that he had seen fishers willingly give up days at sea in order to conserve key species, but only once a management plan and ecosystem assessment had been properly communicated to them. Similarly scientist Sheku Sei from Sierra Leone said that the establishment of MPAs in his region has worked only once they had been discussed with local fishers, and explained as being ‘like banks’; for saving and building up the resource.

This shows that whilst economically times may be tough for fishers, the long-term benefits of conservation efforts are appreciated and supported by fishers who themselves feel supported, through transparency and information exchange.

Daryl Sykes, CEO of the New Zealand Rock Lobster Industry Council explained how fishers in his industry benefit from their own data collection. Having developed an electronic data collection system (based on a similar system used in the forestry industry) called ‘ERNIE’, lobster fishers collect data which they can then access to view their own fuel efficiency, and see where their most profitable fishing grounds have been over a period of months or years. This information is then invaluable to improving margins: saving on fuel costs and steaming time, and accessing the best possible catch.

The symposium served as an excellent opportunity for the exchange and development of ideas around fisheries dependent data, with delegates commenting that it was highly encouraging to hear that the idea of collaboration between fishers and scientists is spreading globally, and becoming a more mature partnership through better mutual understanding.

GAP2 scientist and keynote speaker, Marloes Kraan, summarised the central idea of the conference succinctly, saying in her address on the final day: ‘Facts don’t solve problems!’. This underscored, once more, the need for scientists to think ‘outside the box’ and use facts in the productive context of a collaborative relationship with fishers and other stakeholders.

With representatives from such a variety of countries, organisations, stakeholder groups and backgrounds, real steps towards creating a recipe for ‘trust’ were established, based on the ingredients outlined above.

To read more on the conference, click here. To read tweets from the event, check out #FDI2014.