14th-16th April saw GAP2 host and facilitate a pioneering workshop: bringing together scallop fishers from both sides of the Channel for talks to determine the first steps in a sustainable regional management plan for this extremely valuable fishery.

To see tweets from the event check out:@GAP2_Project and #GAP2scallops

This week, over 60 participants from both France and the UK attended a two-day workshop in Devon to develop relationships within the Channel Scallop fishery; Britain’s most valuable non-quota fishery, previously blighted by 2012’s ‘scallop wars’ between French and UK fishermen. 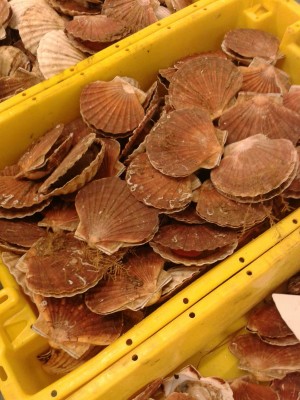 Agreements between French and English delegations were wide-ranging (see below), but were particularly heart-felt when it came to the need for more science and a bottom-up approach, led by industry.

“We have heard from scientists in the UK and in France – they are frustrated due to lack of resources from Government departments. We in the industry have said “we’ve got the platforms, come out on our boats and gather the data – teach us to become gatherers of data”. Fishermen are willing to do that, but they need to be guided which takes time and resources…but it can happen, and I think it should happen, and I hope it does happen” Jim Portus, Chief Exec, South Western Fish Producer Organisation

Mixed working groups were established, each with a focus on a different ‘topic’ in relation to the fishery – for example: management, science, marketing, communication – to develop consensus points, forming a framework for future collaboration:

It was agreed that:

–          Improved data is vital to the long-term, sustainable future for the fishery. Currently stock and capacity data is poor, which would act as a barrier to developing a coherent regional management plan in the future.

–          A full capacity assessment of scallop boats operating in the Channel should be undertaken.

–          Particular attention should be paid to ICES area VIId, including the harmonisation of technical measures. This will require further discussion to reach consensus.

–          All measures must be driven, bottom-up, by industry. Whilst this is already broadly the case in France, in the UK greater emphasis should be placed on fishers’ potential contribution to management planning and decisions.

–          The establishment of a dedicated working group, with a specific focus on the Channel scallop fishery, would be beneficial to moving forward with agreed suggestions – potentially facilitated through the NWWAC’s current Channel working group.

“The event has been extremely successful in facilitating discussions between Member States…GAP2 has provided a much needed forum to address the challenges within this very important fishery. We look forward to continued engagement with participants, to implement measures to improve sustainability going forward” Giles Bartlett, Marine Projects Manager, WWF 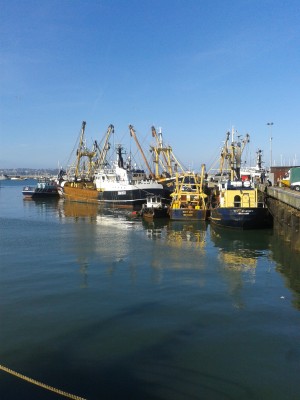 The meeting took place at the heart of the UK scallop industry, in Brixham, Devon.  Events began with a reception for all delegates on the evening of Monday 14th April, followed by two days of talks, presentations and excursions across the 15th and 16th April.

Incorporating field trips to local scallop dredging boats, the Brixham harbour and Brixham fish market, the event offered a flavour of the local community, as well as a range of opportunities for both formal and informal discussions.