Entering our “No Man’s Land”: The exchange to the Netherlands

GAP2 scientist Saša Raicevich exploring the coming together of Italian fishery stakeholders, the lessons learnt from the Netherlands and reflections for the future…

It is always the same story; the time to reflect, write and read is short. So getting to the point, what did we learn from this exchange to the Netherlands? I think we learnt many things; and somehow this was also a social experiment (but be aware, I am not a social scientist…). We created a small fishery-specialised community, consisting of fishermen, stakeholders and scientists, and flew them over to visit the Dutch fisheries. Our community was a sub-sample that represented the fishery sector of our fishing port (but in the broadest sense, was representative of any type of fishing community) comprising of otter and beam trawl fishermen, fishermen representatives, policy makers, the fish market, fishery inspectors and scientists. 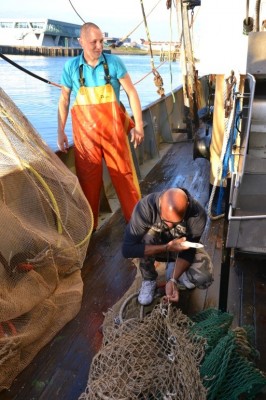 Such stakeholders rarely meet all together and interact. When it does occur, it is mainly within formal meetings to discuss controversial issues. Ranging from the discussing and enforcing of rules, which is less controversial, to the worst case scenario which involves checking compliance to the law, and in some cases fining those who don’t.

In these cases everybody is standing (or hiding) in their own trench.

The exchange to the Netherlands was our “no man’s land”, the area of land between enemy trenches where neither side wishes to move openly or seize out of fear of being attacked by the enemy in the process…

We deliberately entered into it. The moment we landed in the Netherlands we overcame our personal borders and started talking (and talking, and talking!). What we had was an open dialogue, stimulated by the comparison between the Italian and Dutch reality. Our discussion was also guided by our hosts, who in such a short time were able to provide insightful information, practical examples and an experience of northern European fisheries and hospitality. 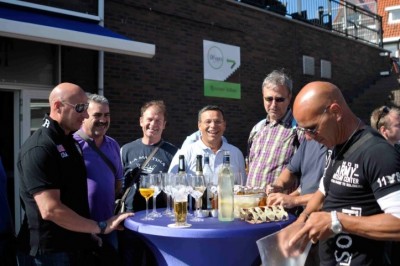 Responsibilities. Your fault, my fault, their fault.

And future, My future, your future, their future, our future.

And actions. We would, we could, we should, we can.

It would be too simplistic and indeed naive to think that the days spent by our “fishery community” in this no man’s land would solve all the fishery conflicts in the Adriatic Sea. But it was not just an experiment. And change needs practice, not only words. It needs discussing, planning and yes, practical implementation and taking responsibility.

Some could argue that things must be seen in their formal context and they remind me, with dry language, that we have stakeholders, policy makers, civil society, legislators, and scientists. And not people. They have official roles, duties, expectations, and needs. But recognising each other’s role and putting them together into a room to make decisions is not sufficient if we want sustainable fisheries. 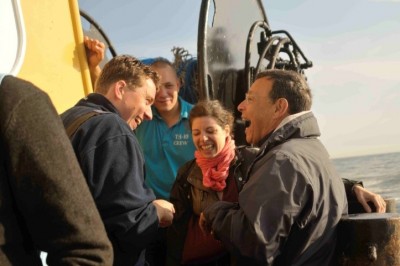 Open dialogue, trust, understanding, and learning from other experiences (including their successes and failures), are prerequisites. It is also important to work together and to become more responsible. We started to follow a steep path a few years ago in Chioggia, and nothing was or still is simple. Without our previous and ongoing participatory GAP2 work with fishermen (the meetings, the joint sampling, fishermen, self-sampling), nobody would have entered into this no man’s land while visiting the Netherlands. The time spent in such an unusual context, the ideas and proposals we discussed and are trying to enforce, confirm that we are steaming ahead in the right direction, with several miles behind us. Although we all acknowledge that it is still a stormy sea, and the journey is long.