Kari Stange, a PhD student at Wageningen University, will be based in Aberdeen, Scotland during April 2013. She will be spending time with the Scottish Fishermen’s Federation (SFF). Kari wants to gain insights into how fishing industry stakeholder views and messages are generated and communicated between different actors at local, national, and international levels and how this can help the GAP2 project. You can see all her blog posts here.

“My first week ‘officially’ based in Aberdeen and I haven’t even had the chance to visit the city yet! I’m quickly learning that life as a representative of a fisheries stakeholder organisation is a life on the road. This first week started in Edinburgh and ended in London.

The Executive Committee (ExCom) of the Scottish Fishermen’s Federation (SFF) meets quarterly with its nine constituent associations. This time the meeting is held conveniently close to the Edinburgh airport where we are greeted by a view of fresh April snow on the Pentland Hills. Five of the SFF associations represent interests from geographical areas: Orkney, Shetland, Clyde, Mallaig & North West, and the Anglo-Scottish boarder area. Three associations represent specific segments of the catching sector: pelagic-, whitefish-, and scallop fisheries respectively. The youngest member association of SFF represents the fish salesmen. With this diversity in membership comes a wide range of sector-specific interests.

Frequent meetings and generous time for exchange of views and opinions becomes important in identifying common interests and strategies for ways forward. I am curious to learn more about what kind of issues that are best addressed together with one voice through SFF and what kind of issues the sector-specific members need to pursue individually, or in other alliances.

An example of a sector-specific issue of high importance to one of the nine SFF membership associations is the on-going international dispute over management of north-East Atlantic mackerel. Members of the Scottish Pelagic Fishermen’s Association were just returning from Brussels where they – together with other organisations with interest in pelagic fisheries in the North Sea – had been discussing their concerns with European Commissioner Maria Damanaki. 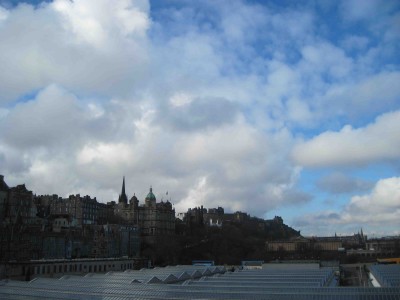 London calling. I leave the SFF ExCom early and get up before dawn to catch a flight to join a meeting of the Nephrops Focus Group. We meet near Victoria Station at the Europe House, the London base of the European Parliament and the European Commission.

Nephrops – also called Norwegian lobster, or prawn – is an important species for Scottish fisheries. The meeting I am joining is chaired by the Executive Secretary of the Scottish Whitefish Producers Association (SWFPA), one of the SFF members. There are several interest groups around nephrops fisheries. This one, the Nephrops Focus Group, is the result of an initiative by the Demersal Working Group (DWG) of the North Sea Regional Advisory Council (NSRAC) … phew, that’s a mouthful, many acronyms in this business.

The aim is to make a long term management plan for nephrops fisheries in the North Sea. This stakeholder led approach to making management plans has caught my interest and I am here to learn about their process. A draft version of the Nephrops plan received some very encouraging comments from the European Commission. Now the process of developing and refining it will need to take the EU-level legal conundrums around management plans and co-decision into account.

The Nephrops management plan also need to be aligned with plans for other species, especially cod, as the EU moves towards mixed fisheries management approaches. Nephrops and cod are often caught together and the fisheries for the two species are intertwined in various ways. 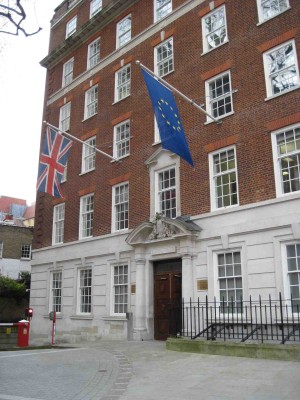 The following day we move into a bigger meeting room in the same central London facilities. The day is devoted to discussions around cod management. The DWG of the NSRAC has called together a meeting to clarify where we are in our knowledge on cod stocks and cod management in the North Sea. The aim is to give the NSRAC a good starting point for further developing their advice.

To set the stage, we get the latest insights from fisheries scientists who have a long history of working with North Sea cod. Fishing industry representatives from several countries summarise the good and bad aspects of the current cod management regime and how it is impacting their fleets. Managers from several EU member states share how various measures have been implemented on national levels. A representative from the Commission gives glimpses into the on-going political and legal processes at EU level. Loaded with all this input on the current state of affairs, focus turns to the future.

Lessons learned from experiences with the current cod management regime can hopefully be helpful to avoid pitfalls when designing future management measures. Mixed fisheries management will be part of the future agenda. The SWFPA/SFF representative asks about links between cod and nephrops in the multi-species models the scientists use. Nephrops seem to be missing from this picture, but we know the connections are there.

A scientist who has participated in many meetings similar to this one – with various level of participation from scientists, fisheries stakeholders, and managers – nicely summarized how events like this show that we are moving forward in our common understanding: